Read our news to always be aware of the latest events 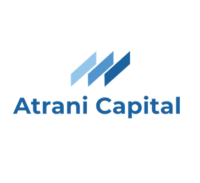 The investor's long-term thinking is the most important antidote to the reaction to short-term movements in the stock market. Today we will tell you about a very promising company, the potential of which can be revealed in 3-4 years. According to the WHO, about 1.35 million people die in car accidents every year in the world – this is 3,700 deaths every day. In general, the losses associated with road accidents are estimated at over $100 billion annually. According to the American Automobile Association, between 25% and 50% of all fatal road accidents occur due to the driver's distraction from driving. Automakers have long been trying to find a solution to this problem. Toyota became the first company to install a Driver Monitoring System (DMS)) in their cars back in 2006, if the driver was not looking at the road and there was a potential dangerous situation ahead, the system immediately warned the driver. Since then, this system has greatly improved and modern systems can already warn the driver that he wanted to sleep and now he needs to take a break. In addition, they are able to independently change the settings of the safety system, such as airbags, depending on the position of the passenger. Here is an example of how the Smart Eye DMS system works:< / br> 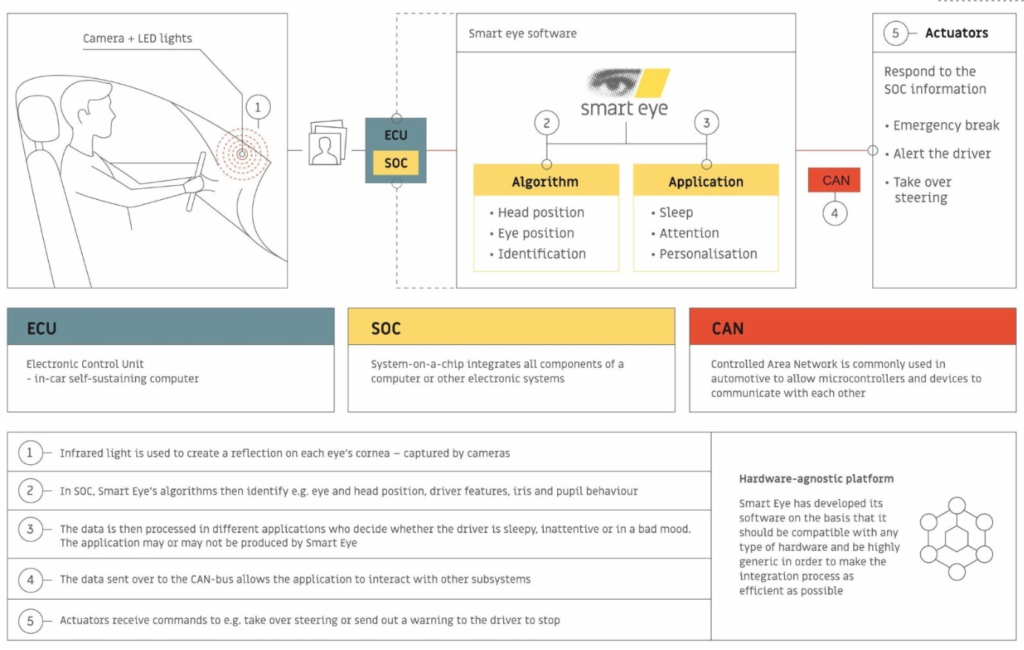 At the moment, the largest automakers are gradually introducing such features in their cars-in addition to Toyota, this option was added to the BWM and Mercedes models in 2019-2020. But very soon the situation will change significantly. Auto regulators around the world have realized the need to reduce deaths due to the driver's distraction from the road. Euro NCAP – one of the main organizations that assess the safety rating of cars-decided that models that want to get the highest safety rating should be equipped with a driver tracking system starting from 2024. The European Union in 2019 adopted a law that requires all new cars to be equipped with DMS from 2026.The Ministry of Transport of China has required all intercity buses to have such systems. In the United States, a similar law was approved by the House of Representatives on July 1, 2020 and is currently under consideration in the Senate. According to Technavio, the entire DMS market is estimated at $221 million in 2021. And by 2025, it is expected that out of 100 million new cars, more than half (over 60 million) will be equipped with driver tracking systems. 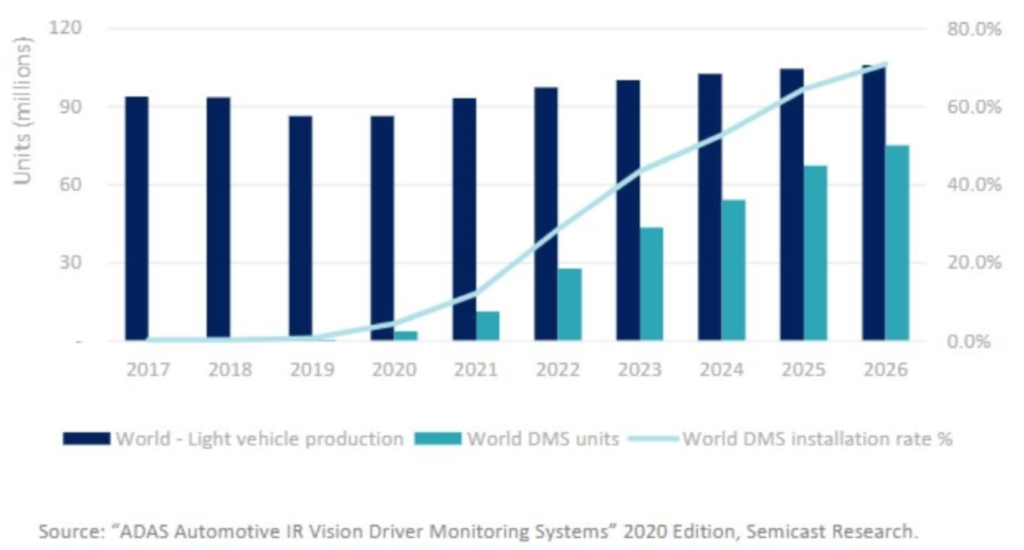 It should be borne in mind that the development cycle is quite long and takes 7 years from the first contact to the beginning of the installation of systems in machines. 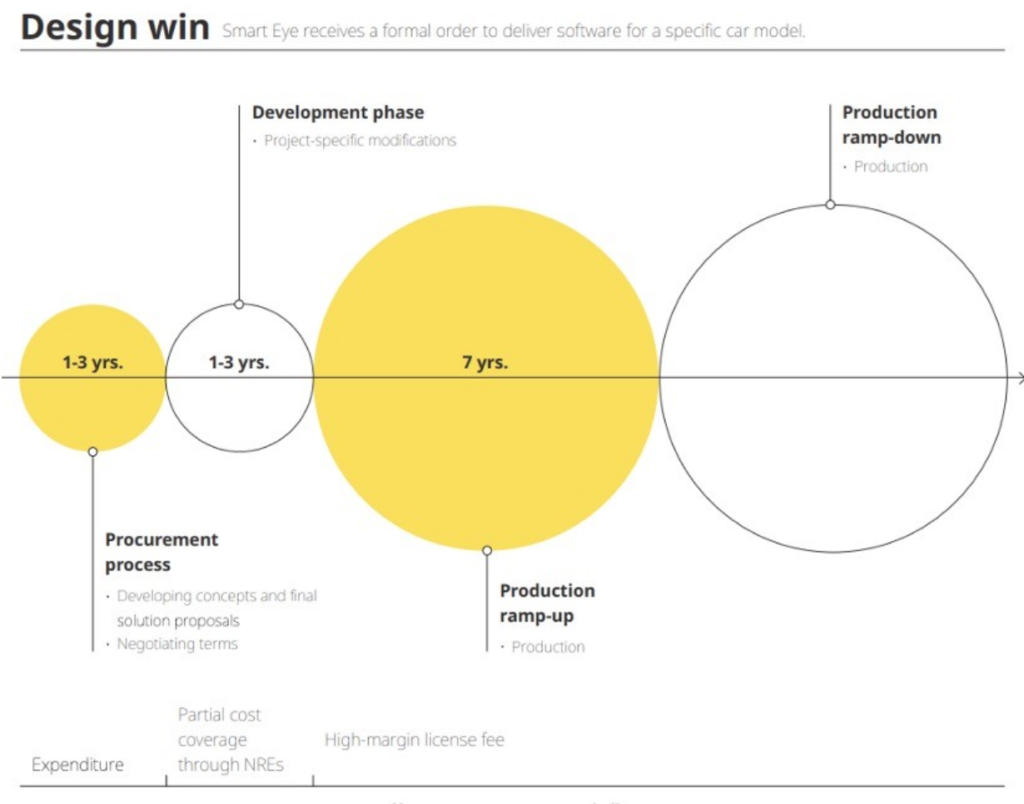 Companies that produce these systems spend a lot in the first years of work on the contract, but after the system is put into mass production, they receive a license fee that varies from 5 to 10 euros per car. But most importantly, the gross marginality of such payments is close to 100%! At the moment, almost the entire market is divided between three companies. Of the already conducted tenders for 119 models from different automakers for the installation of DMS systems, the market leader – Smart Eye – won 84, and the other two players – FotoNation and Seeing Machine-only 20 and 15, respectively. Smart Eye was founded in Sweden more than 20 years ago by Martin Krantz, the permanent head of the company and one of its largest shareholders – his family owns a total of 12% of the shares. The company is still more in the venture stage, when, despite the growth in revenue, the company still suffers losses. This is not surprising. Smart Eye needs to make large investments in advance to fulfill all the contracts won, and only when the system goes into large-scale production, the company will begin to receive significant payments. At the moment, Smart Eye has signed contracts with 6 automakers, including BMW and Geely. Last year, revenue from the sale of systems to automakers amounted to SEK 41 million and another SEK 23 million was received from the sale of systems for research purposes in the aviation, space and automotive industries. Most contracts involve the sale of proprietary software, which is the company's main asset. Sales have a high gross margin of close to 95-100%. The main cost items now are personnel and R&D. As deliveries under the signed contracts begin, the company will become a highly profitable enterprise. At the moment, the total amount of contracts signed with automakers is more than 6 billion kronor. Smart Eye won 70% of all tenders (84 out of 119 models). If we conservatively estimate that the company will occupy 35% of the market in 2025, this is about 21 million cars with DMS, where it will receive 5 euros for each (also conservatively) with a 100% margin. Thus, the revenue from the automotive division will be 5 * 21=105 million euros or 1 billion crowns. The research segment will generate an additional 38 million kronor in 2025, while the cost is estimated at 300 million kronor. That is, we can expect that the company will receive an EBIT of 700 million kronor and a net profit of about 525 million kronor. The company's capitalization is currently 4.3 billion kronor at 261 kronor per share, and we believe that, even based on our conservative estimates, the company's share price should rise to 540 kronor by 2025-twice its current level. And we have not yet talked about the possibilities of using this technology in other areas. So competitor Seeing Machine believes that a similar technology will soon be approved for civil aircraft – only this segment has 25 thousand aircraft. Author: Chief Operating Officer Stanislav Sukhinin

The information contained within this website does not constitute an offer of or an invitation to apply for securities:
* In any jurisdiction where such offer or invitation is unlawful or
* In which the person making such offer is not qualified to do so or
* To whom it is unlawful to make such offer or solicitation.
In particular, no offer or invitation is made to any US persons (being residents of the United States of America or partnerships or corporations organised under the laws of the United States of America or any state, territory or possession thereof), who are excluded from the services, funds and products included in this site. There will be no public offering of services, funds and products in the United States.

This Website is published solely for informational purposes and has no regard to the specific investment objectives, financial situation or particular needs of any person. Information contained herein is believed to be reliable but no warranty is given as to its accuracy or completeness and views and opinions, whilst given in good faith, are subject to change without notice. Information or opinions contained on this Site do not constitute an offer to sell or a solicitation, or offer to buy, any securities or financial instruments or investment advice or any advice or recommendation in respect of such securities or other financial instruments. Should you seek to rely in any way whatsoever upon any Content contained on this Site, you do so at your own risk.

You should note that, if you choose to invest in any fund described or referred to in this Website, your capital will be at risk and you may therefore lose some or all of any amount that you choose to invest. The value of investments may rise or fall and may be subject to variation in exchange rates.

Before using this Website, you should read carefully Legal notices and Disclosures which sets out the terms of use on which you may use the Website and apply to every page on the Website.